We had many things to celebrate at the October Healthy Giraffe Event Saturday evening. I’ll discuss that and look ahead as a major milestone was passed whether I liked it or not…

There was an Italian theme for this event as we had guests (Claudia del Fabbro & Cor Luti) in town from Italy and locals from Italy (Anna Petryniec and Elia Luti). In anticipation of the Italian theme I searched for plant-based dishes for us to make. I found one from one of my popular sources, The Happy Pear. Boy did I underestimate the complexity and length of preparation time.

The dish was the Vegan Lasagna with a whopping 25 ingredients involving a portion of the ingredients being prepared together separately and then added together at different times. What is ironic about this one is that the typical Happy Pear recipe can be prepared in 5-10 minutes and then maybe longer for cook time, but they are consistently simple. Not this one…

After we watched the video demonstration from The Happy Pear and reading through the process in the accompanying cookbook, I quickly realized we needed a quarterback to have oversight to all of the moving parts. Thank you Jennay for stepping up for that task…wow! Before I knew it, Claudia was in control over the oven. This is what she does back home in Italy so that gave me great comfort things would come together. Even if it didn’t, half the fun of cooking together is messing up, yelling at each other, bumping into each other, questioning what the heck we are doing, yelling at each other again, questioning the host why he chose this recipe (ha!), and the list goes on. Everyone pitched in and we needed it!

After 90+ minutes we were ready to eat along with several potluck sides – everything was fantastic! What comes after dinner? Dessert!!! To help drive dessert offerings, two things came in play. First, Elia was celebrating his birthday! Elia just mentioned to me a week back that he hadn’t found a plant-based key lime pie that he liked since coming to the U.S. I went right back to my Happy Pear sources and found a recipe. I haven’t been a fan of key lime pie so this was a total gamble. I went by the book and made the pie. It was OK I think. Everyone said they liked it but who knows and I know I don’t know…ha!

Another dessert that was presented was a chocolate chip cheese cake via Michael and Jennay. Michael appeared from around the corner with the cheese cake and it was holding two candles with each representing a number. I really don’t want to say what the numbers were. Woah, what a really nice gesture. They presented me the cheesecake, lit the candles and the group sang Happy Birthday to me in Italian and English.

Then we took one of the candles out, put it in Elia’s pie and sang Happy Birthday to him in both Italian and English as well. What was even more epic was they sang in both languages at the same time. I will never forget this celebration. Michael also shared Elia had to go to a neighbor as he could not find matches in the condo after he was looking around trying not to get caught snooping. Incredible…thank you!

After consuming a lot of food, Elia, Michael and I huddled to determine our plan for Sunday morning, our long run day. Being that it was my birthday and a milestone birthday at that, I sought out to eclipse the most miles run for a single training run and for a week in total. Gotta think age is not a limiting factor…

When I suggested the 21 mile run, without hesitation, they both responded favorably like I just asked them if they wanted another piece of cheesecake. These guys are training for a 100k run race in January. That is 62 miles! So this was nothing to commit to for these running monsters. I’m the sprint triathlon guy but I LOVE the volume of running and it works beautifully for being strong in sprint races.

We met at 4:30am and drove to downtown St. Pete where Michael led our run. Anthony joined us and we went in and out of several runners and groups. It was pure joy and discomfort. They pressed a good pace for 21 miles and I hung with them…barely. If they wanted to go they could have easily left me but that wasn’t the purpose of this training run. We got our miles in and each accomplished what we wanted for the run. I am lucky to run and train with these guys. Now on to crush some races!

“To give anything less than your best, is to sacrifice the gift.” 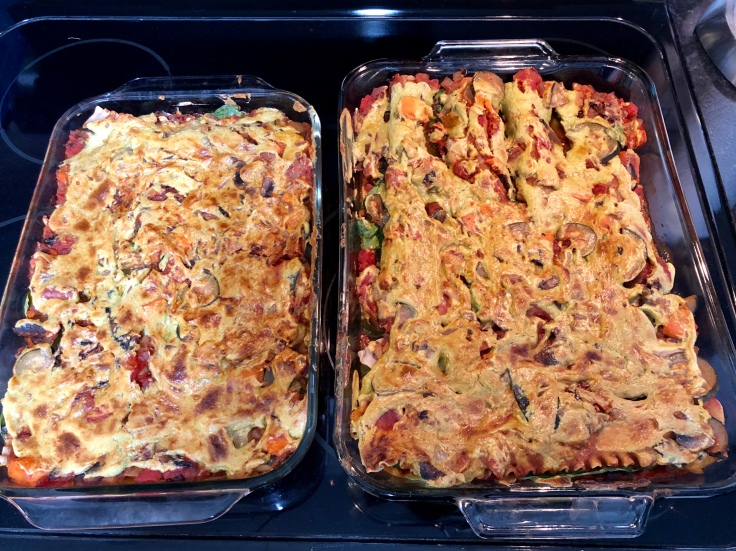 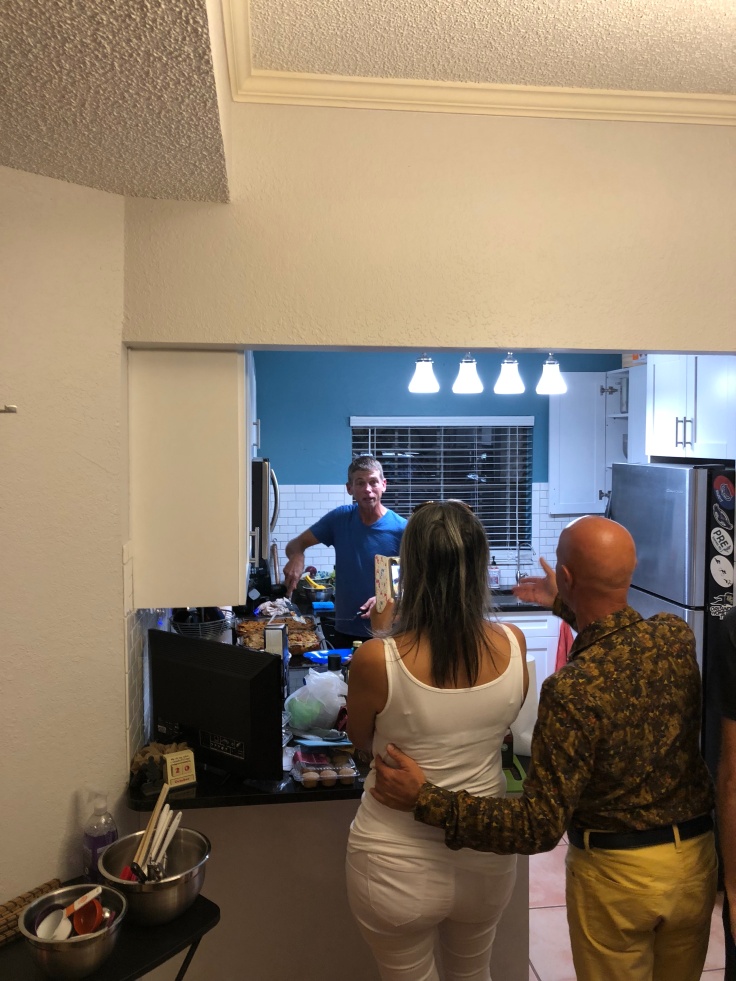 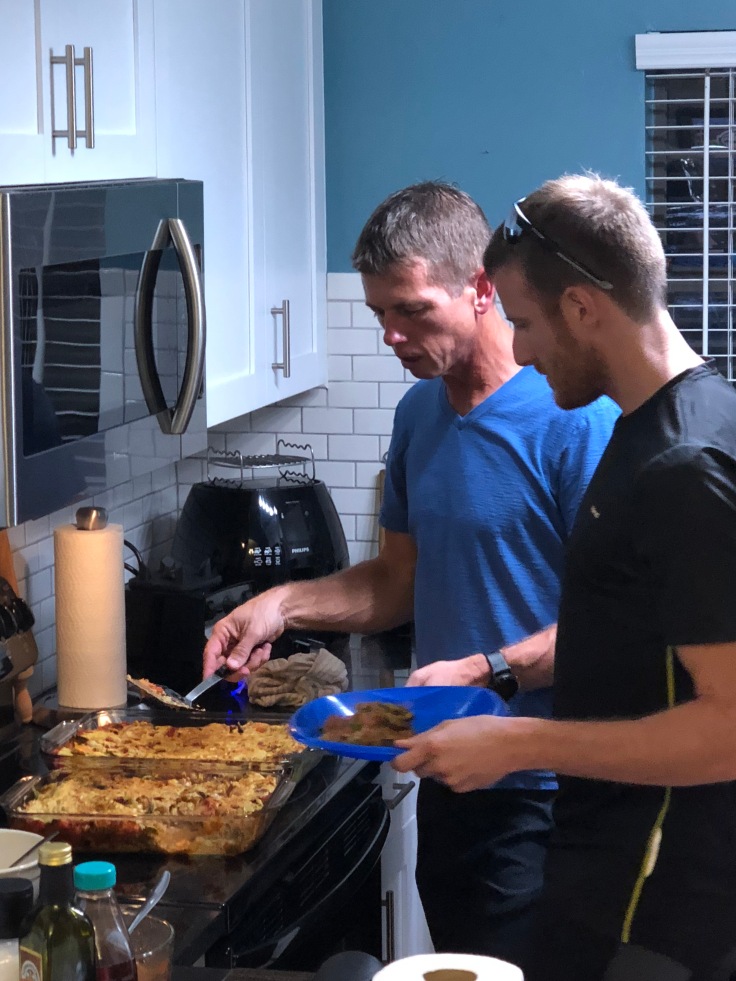 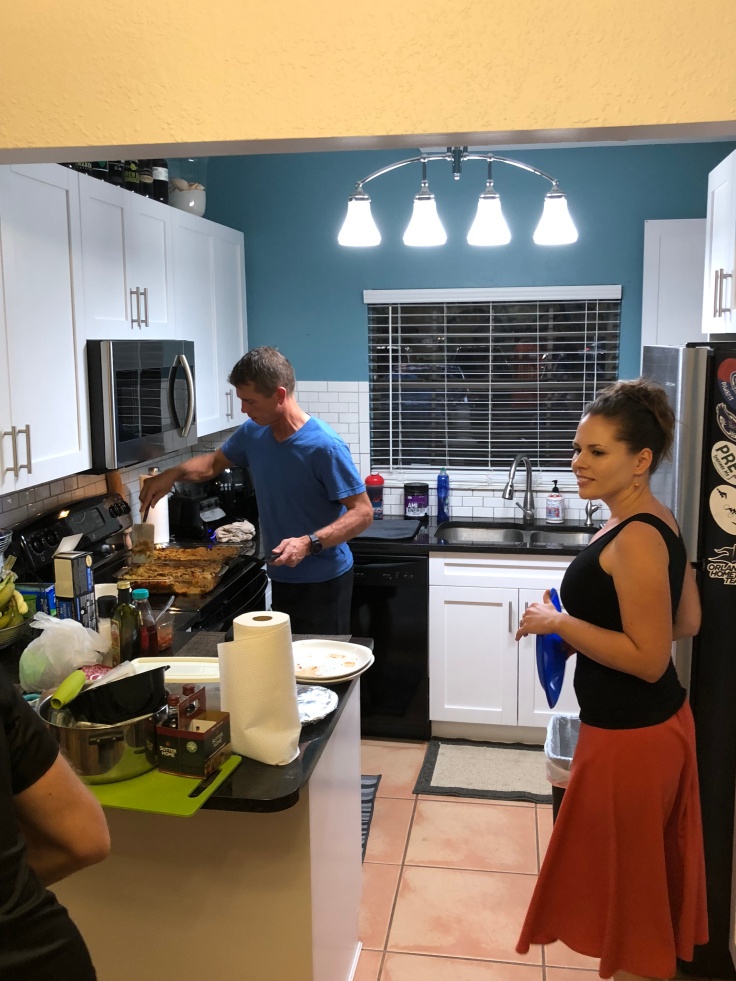