What a fantastic evening at the latest Healthy Giraffe Event Saturday focused on why cheese and dairy is so bad for us while we made healthy alternatives to some typical favorite cheese dishes. We also ended the evening with Game Night to check our understanding of what we learned.

After we gathered and made our formal introductions I shared who would be a part of three teams. These teams would cook and participate in the game together. For the cooking segment, teams would be creating queso, mac & cheese, or cheesecake. We watched short video clips of each recipe and then the organized chaos began.

Teams split into different areas preparing their dishes and shared the kitchen when needed. We even used the kitchen upstairs, thank you Keith and Scarlett, to boil extra pasta (brown rice and gluten-free).

The queso’s main ingredients consisted of cashews and nutritional yeast, which are common cheese substitutes, potatoes, carrots, and a few spices. This came out super creamy and tasty. We had celery, carrots, crackers and chips to dip.

The mac and cheese had butternut squash, cashew butter, nutritional yeast, unsweetened almond milk and a few other spices. As Nikki Vegan says in the video, this recipe does not taste like it has vegetables in it, it simply tastes like creamy delicious mac & cheese.

While the mac & cheese team was working on this recipe I asked Keith to help prepare another mac & cheese portion just in case we needed extra as we had a full house. This recipe has been a go to recipe of mine based on a version from Julia Piatt’s cookbook, This Cheese is Nuts. I altered a few ingredients based on several attempts to enahnce the taste and I think I found perfection in this blend. Cashews, chickpea miso paste, and nutritional yeast are key ingredients in this recipe along with other goodness. Send me a note if you are interested in the recipe.

Lastly, the cheesecake consisted of two main parts, the crust and body. The crust included cashews, walnuts, and dates while the body consisted of vegan cream cheese, cashews, maple syrup and other goodies. We did not prepare the topping The Happy Pear shared in the video simply to keep things simple for the event but even on it’s own it was fantastic.

While we grabbed our plates of food we also watched a video Jodi put together demonstrating how to make vegan cashew cheese. The recipe was courtesy of Michelle Odiorne, a local whole-food plant-based chef who holds cooking demos at Nature’s Food Patch in Clearwater. At this moment the video is only on Facebook so if you are interested in viewing please send Jodi a message.

As we continued to eat and settle in we then turned our attention to what makes cheese and dairy so bad for us. Where did I go for the science and education? Dr. Neal Barnard, founder and president of the Physicians Committee for Responsible Medicine. From his website, “Dr. Barnard has authored more than 90 scientific publications and 20 books for medical and lay readers, and is the editor in chief of the Nutrition Guide for Clinicians, a textbook made available to all U.S. medical students.”

Of the 20 books Dr. Barnard authored, The Cheese Trap, hit the mark for the evening. He was so fascinated with people’s difficulty in giving up cheese when attempting to eat healthier, he had to understand why and began to research. I watched several videos on YouTube where Dr. Barnard spoke to this and settled on the presentation he made to the Plant Based Nutrition Support Group. He is brilliant and entertaining.

After the video it was time for Game Night. We had a completely new format in thanks to Michael MacDonald. I developed the game questions based on the book and video. Each team would work together to uncover answers to things we learned during the evening or simply by playing the game. Here are some interesting facts I pulled from the book and video:

No wonder why we are such an unhealthy country overall but there are so many healthy alternatives and they keep getting better and better as demand and awareness rise.

We closed the evening by discussing upcoming events including our next road trip Saturday, October 12 which by popular request will be Cider Press Cafe. The November (23) gathering will be the first one not hosted in the Giraffe’s Den but at Celia Dubey’s house. Our previous record of attendees was 25 so I am looking to shatter the record there. With the date falling on the Saturday prior to Thanksgiving I’m sure I will have some education on poultry and a menu Thanksgiving themed but more information to come…

You can always look for upcoming Healthy Giraffe Events on the Events tab here including our gatherings, road trips and races. Links there will take you to further information about each event (when available). I hope you can join.

Pictures from Game Night and more… 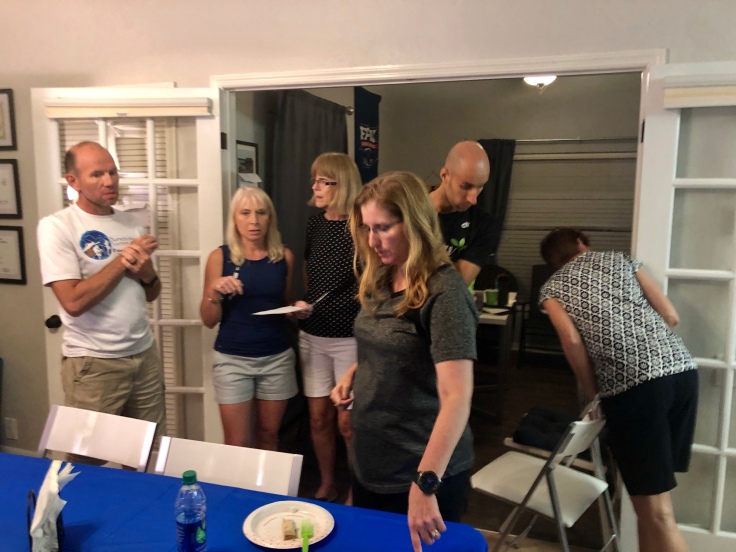 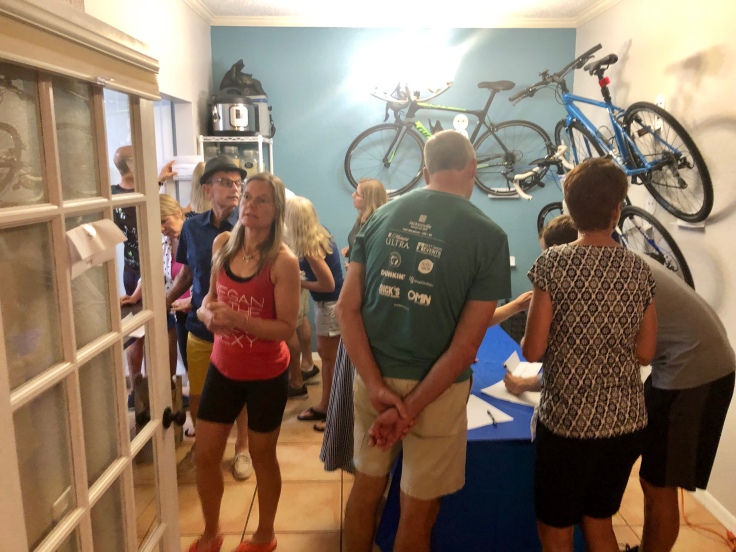 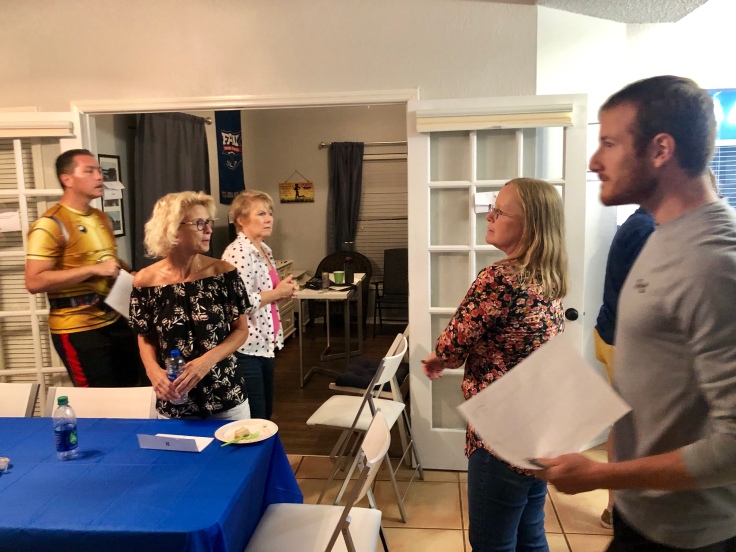