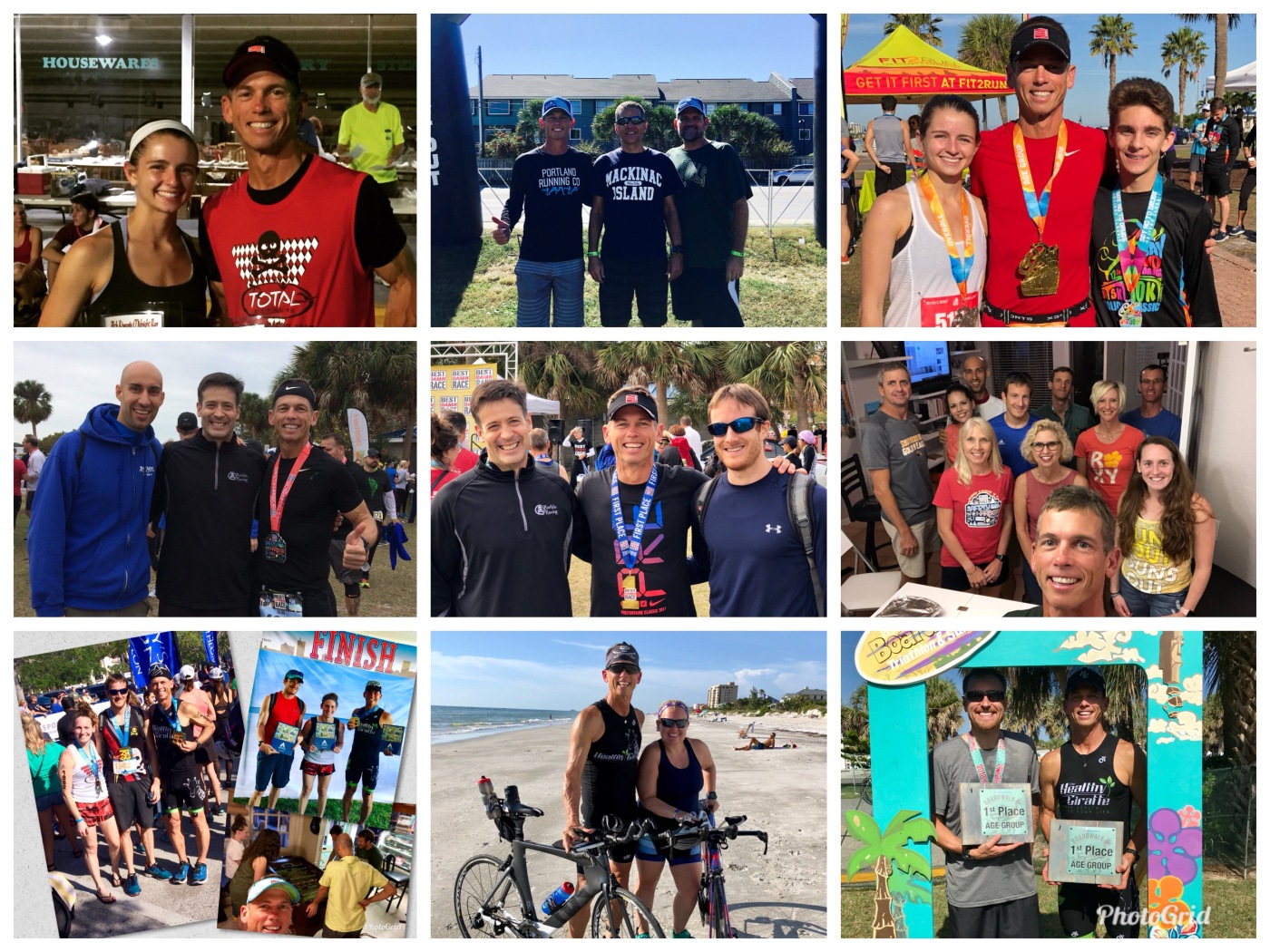 When I launched the website over six months ago I stated in my purpose, “I am excited to launch this website to provide resources, support and community in an effort to live a healthy lifestyle.” Today I’ll discuss community and my observations of the racing world I have grown to love over the last four years.

To give a bit of background, I grew up playing several team sports and settled mostly with football and baseball at age 10 onward. From that point till I started racing run and triathlon races in 2015 it was ingrained that your opponent was your enemy. I can’t tell you how many altercations I have been in with those sports but needless to say it was too many. I think I was conditioned early on and I thrived on the attitude of – just win! That continued on with softball in adulthood for the next 25 years.

I have found that race day is the celebration of the process. I give it my all and that’s all I ask of myself for every race. After the race finishes I can certainly beat myself up with the best of them but at midnight at the latest I move on…no dwelling…gotta get better for the next race and that’s the process I love! Love the Process!!!

The community – wow!!! In 2015 Keith Crouse introduced me to the RunVie racing team. I knew nothing about running, cycling, swimming, and racing. I couldn’t believe how everyone welcomed me, gave me tips, and encouragement. Everyone wanted everyone to succeed. Is that possible? Yes it is!

After races, my fiercest competitors and I are shaking hands, hugging, sharing stories, becoming friends on Facebook, and simply becoming friends. It’s the coolest thing ever. I want to win more than anyone but if someone beats me they have earned it and I give nothing but respect and appreciation for what they have accomplished.

I race with teammates that all have different goals and that’s the beauty of this sport. Some are doing races to compete, be healthy, spend time with friends, to accomplish a goal, and many more reasons I’m sure.

Look at the photo at the top of this blog. These are pictures of friends and family simply happy being together doing something we enjoy and celebrating each other’s accomplishments.

On June 4 this year I raced in Melbourne, FL at the Pineappleman Triathlon Sprint. I am one of those people that like to be early to events for peace of mind. On this day I arrived to the triathlon around 4:45am and very soon after a gentleman pulls up and parks next to me. We introduced ourselves and the much younger gentleman, Will (pictured in the bottom right corner above and full picture below), shared he was doing his first triathlon. I shared a few best practices for someone’s first triathlon with a caution to not share too much and potentially overload him or have him tell me to shut up…ha!

Will was all ears with an accompanying super positive Can Do attitude . Just a genuine fun energy soaking up every minute leading up to his first race. We continued to touch base during pre-race set up, warm-ups and post-race. In his first race Will placed 2nd in his age group. We chatted for a long time waiting for awards. I met his lovely wife Lisa and parents and we rapidly formed a bond. I was so excited when he went up for his award.

After awards we took pictures together and became friends on Facebook. We left the race knowing we would see each other three weeks later at the Indianlantic Triathlon. I pulled up just after 5:00am on race morning and who pulled up next to me…Will and Lisa. We quickly connected and got our bikes into transition. We continued our discussion and what he was doing since the last triathlon.

Will was in the wave prior to mine starting the race about three minutes ahead. I found myself yelling his name as his wave went off into the water. Just over an hour later we found each other around the finish line. We both won our age groups and were so happy for each other. We shared our race stories, went on a recovery run together, and celebrated at the awards ceremony.

As we were sharing stories post race, Will’s mom who knew I traveled in over two hours for the race offered for me to stay in their home the next time I was in town. Who does that? This family does and this is what I love – the community.

Post race, I had text messages and phone calls from family and friends wanting to know how the race went. Thank you Karen Graff for ALWAYS checking in on my race day and usually the first text in. Great friend! On Monday, another friend posted on Facebook congratulating me on the race…looking up the result online – yes, thank you Michael Rymsza! Another who is dealing with things much more important than a race texted me asking about the race. And the list goes on…

I love this community and I’m so happy I’m part of it.

My community in the picture above: