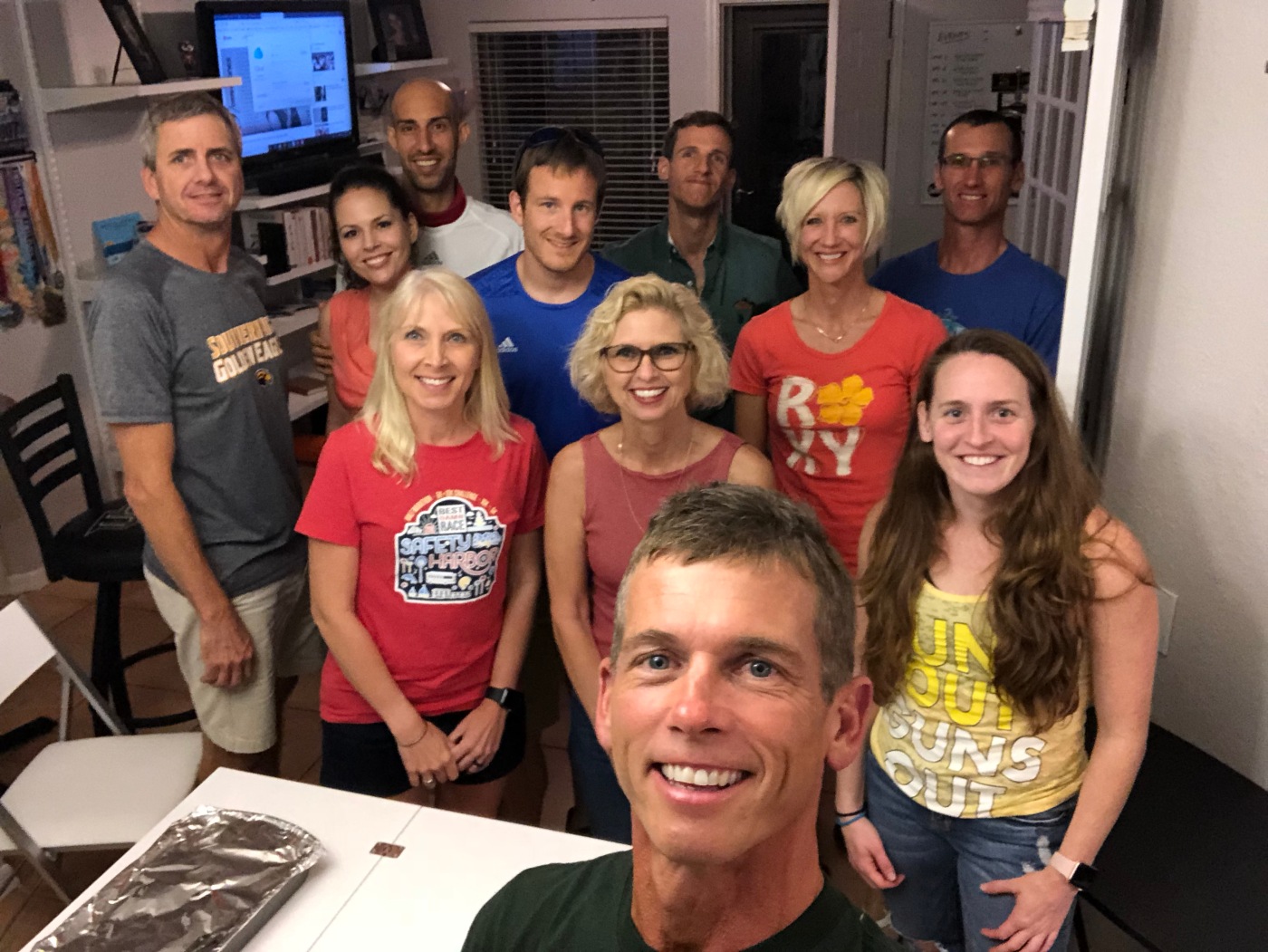 This month’s Healthy Giraffe Event returned to the condo with a theme of John Joseph who I blogged about last week. The theme consisted of making John’s Vegan Teriyaki Chick’n Burritos and viewing an episode of Munchies featuring John.

We facilitated the event in reverse order this time preparing John’s burrito first, then watching the video with the food featured. This worked out well as the burrito had two different preparations going on at the same time and then requiring to be baked for 30 minutes. The first part consisted of rice preparation with several goodies adding spice and substance. The second part focused on the other fillers for the burrito. In all there were 21 different ingredients to make this one glorious flavorful explosion. It was a big hit and I’m very thankful we had a team to prepare as there were a lot of moving parts.

While the burritos were baking we watched the Munchies episode highlighting John titled, The Vegan Ironman Diet of Cro-Mags’ John Joseph. The video followed John as he prepared for and completeed a full Ironman event in Boulder, CO. Munchies explored how an endurance athlete and lead singer of the Cro-Mags could accomplish and balance both of these focus areas, intense training and performances on a plant-based lifestyle. It is wildly entertaining. As I noted in my previous blog titled, Why You Should Know John Joseph, and on the page I devoted to John on this website, I am simply amazed and inspired by what this man can accomplish and do it in his way with a Positive Mental Attitude (PMA), as he references often including his website.

We had so many great side dishes and desserts brought and enjoyed by all. We continued the evening with great discussion and story-telling. I picked up a few more swim tips too….geez how good is that…ha! Thank you Jennay! I’m still trying…

After everyone left I took a seat reflecting on the night and thought how lucky I am to have a group of friends and family like this group…what a fantastic set of people who genuinely care so much about each other. THANK YOU so much!

There was some bad news shared that the Madeira Beach Triathlon on June 3 is no longer a triathlon. I did find a replacement on the same day for those interested, The Pineappleman Triathlon, in Melbourne. I competed in this two years ago and it was a fantastic race. I am making the switch.

I cannot wait for Saint Anthony’s Triathlon this coming Sunday, April 29 where I will be competing in my first relay, the Olympic distance race with the dynamic duo of Jennay Gump starting with the swim, and Michael McDonald finishing up on the run.

The next Healthy Giraffe Event for May will be posted soon. I think we have a Kombucha education coming soon to one of these via Betty Blue….could be in May…stay tuned.

Check out the pictures below from the event. Special note – it was an optional dress up as your favorite athlete so Elia and I took the challenge….Do we look like Andre Agassi and Steve Prefontaine?!?!?! Note – Keith Crouse not pictured as he was thinking of the best interest of the photos….kidding…thanks Keith for taking some of the photos.

Jenn, Chris, Elia, Michael, and Jamie – massive help in the kitchen…thank you!!! Michael, please share how your smokin’ (grill) vegan goes. Eva, thank you for bringing the Ice Cream to go with Jenn/Chris’ fabulous cherry dessert….with all the time devoted to the burritos we had to push the Chloe dessert. Anthony, thank you for being creative again with your dish and sharing your hummus recipe….I will post on Facebook for all to enjoy! 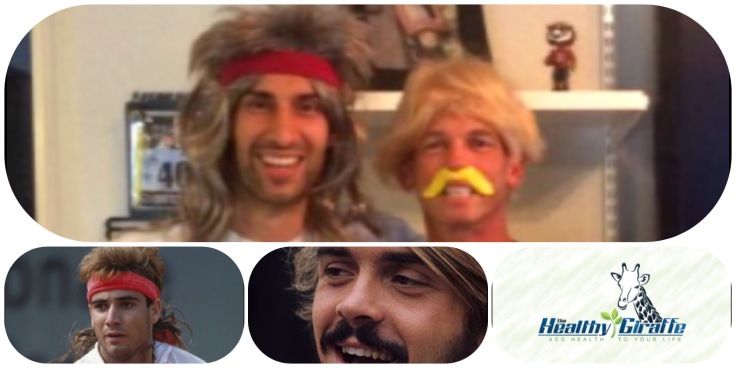