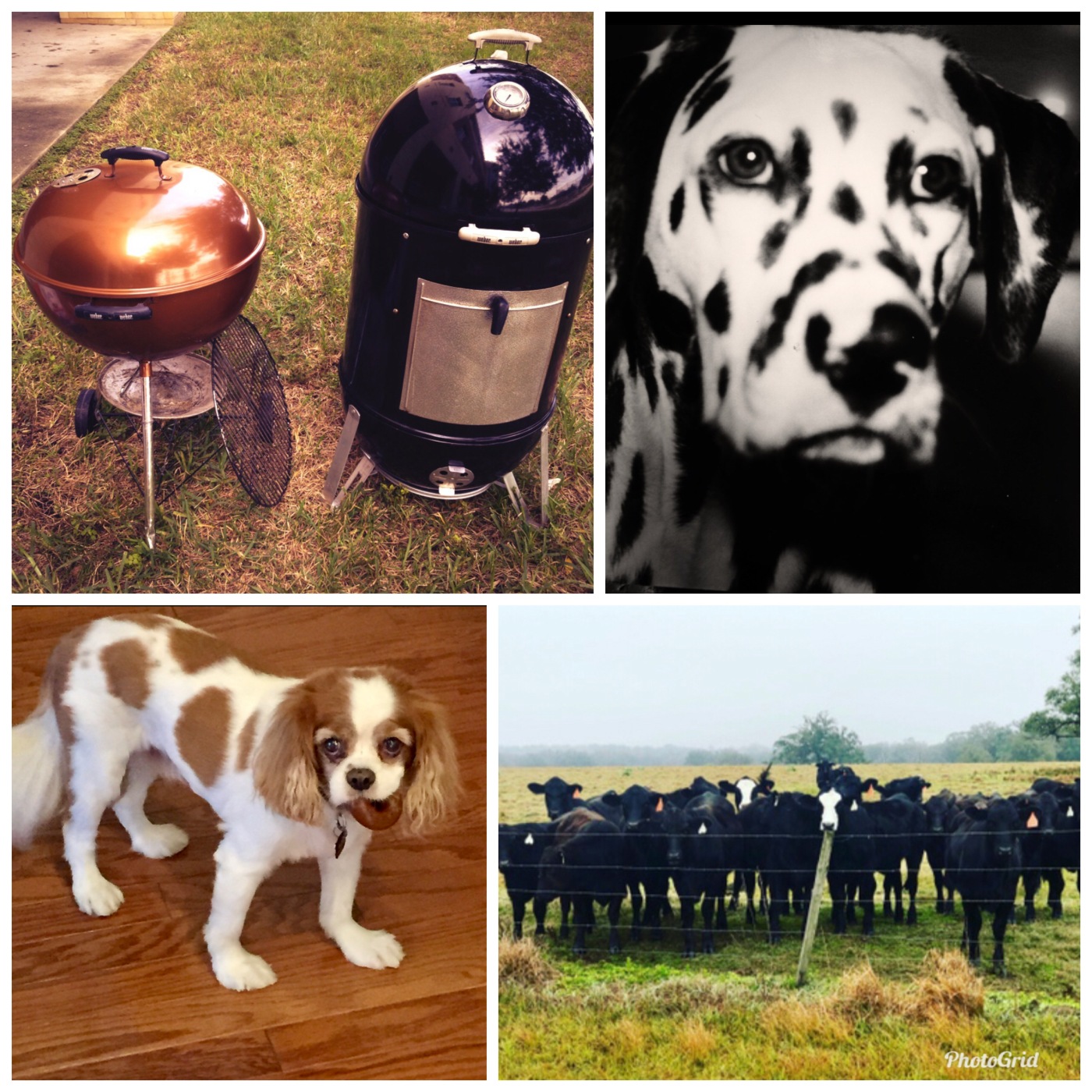 One thing I wrestle with often is my complete disconnect between animals and the food I ate most of my life. Now this next fact you can certainly make fun of me for, but I loved the show ALF and watched the entire series with my daughter, Morgan, when she was old enough and we both still love the show. I bring this up as we were watching an episode last week as part of Father’s Day weekend…a fun thing we do on occasion watching old TV shows we used to view together.

In this episode, Lynn, the teenage daughter stated she was trying to see things through ALF’s eyes as they suspected he ate the family cat. If you haven’t seen the show, ALF was an alien who lived with a family in California but on his planet the culture was to eat cats. Lynn commented, “on his planet they eat cats the same way we eat cows.” Her younger brother, Brian, responded by saying, “we don’t eat cows,” very innocently. Lynn rebounded with, “where do you think hamburgers come from?” Brian countered with, “supermarkets.”

This is what I unconsciously or consciously hoped to think. I knew of course meat came from cows, ham and bacon from pigs, and chicken from chicken, but didn’t make any connection these animals were bred, suffered their entire existence and slaughtered. I never saw what they endured in the years they were alive. When I was growing up (in the 70s and 80s) I don’t think they could show their situations on TV for how gruesome it was/is and now I know that can’t happen on TV channels due to industry sponsors not allowing it to happen…among other reasons. But then the internet, YouTube, Netflix, Podcasts and more came in the fold and illustrated this in great detail. The industry can’t hide this anymore as there are countless examples (videos, stories, etc.) and several documentaries illustrating the horrific circumstances.

In my adult life, I owned several grills, a smoker, and spent great effort in all day preparation of meals coming from cows, pigs, and chickens for the Knight Grillers, a group several friends formed to celebrate tailgates prior to University of Central Florida (UCF) football games. I never thought differently preparing these meals and took great pride in it…not making a connection to the animals or not wanting to think anything more about it. It was just something I did, was part of how I grew up and never knew anything different. Back to Brian, I just went to the grocery store and picked up a package…disconnecting myself from their entire situation.

Any advertisement I would see about milk and dairy showed cows roaming in big open fields. It couldn’t be any further from the reality of the situation as the roaming animals represent 1% of the consumed animal population. Data from the 2017 USDA Census of Agriculture illustrated the alarming numbers – “estimated that 70.4 percent of cows, 98.3 percent of pigs, 99.8 percent of turkeys, 98.2 percent of chickens raised for eggs, and over 99.9 percent of chickens raised for meat are raised in factory farms.” That’s roughly 99% overall…99%… So if you think you are eating farm to table or range-free, good luck with that…

The term, “free-range” or “free roaming” definition from the USDA simply states, “Producers must demonstrate to the Agency that the poultry has been allowed access to the outside.” Open up a small factory farm window and call it a day…. This is self regulated by the way… I heard a factory farmer this week state that chickens or other animals wouldn’t leave the inside room to roam outside even if they opened the door as the food is kept inside…

On January 2016 when I cut out consuming animal products it wasn’t because of the animals. I went plant-based for overall health reasons and enhanced athletic performance. I couldn’t believe what I was learning and how great I felt by feeding by body on a plant-based diet along with the additional benefits of reducing my risk of chronic illnesses including heart disease, cancers, stroke, Alzheimer’s disease, diabetes, and on and on…

I also couldn’t believe how great the food tasted. After eliminating the excess fat, salt, oils, and sugars I learned how taste buds go through an adaptation. There’s science on that part too…fascinating. After a month or so some foods were too salty or sweet. I was actually tasting the food in it’s real form and the flavors were amazing! I realized the tastes coming from what I was grilling…all those steaks, burgers, ribs, briskets, pulled pork, and chickens were simply coming from all of the salt, oil, sugar, injections and other concoctions to flavor the meat.

I consumed myself in learning more the last several years and was puzzled why I didn’t know this sooner. I felt I was duped my entire life… When I had a 327 cholesterol why did my doctor send me home with a pamphlet of foods to consume that are loaded with cholesterol, sodium (salt) and saturated fat?!?!?

Over and over as I read and consumed more education about the health implications I learned about the abuse and slaughter of these animals and the impact it’s having on our planet. I can’t believe the things I have come across. I am going to share those in future blogs as they require their own attention and detail.

So while I was blind to this most of my life I have had two awesome animals myself in the way of Domino, a Dalmatian and Bailey, a Cavalier King Charles. The life they brought me and hopefully me back to them was priceless. When I made eye contact with them it was for real. There was a true connection. Sometimes I think we could read each other’s minds…

Over the last several years I have done many bicycle rides in San Antonio, FL where it’s full of farm land. This is an example of the minority population of cows in a pasture. I often stop, walk up to a fence and talk and sing to them. Now I know my singing voice is terrible, but I think they enjoy it. They don’t run away… When I look in their eyes there is a connection just like when I looked in the eyes of Domino and Bailey. Maybe not the reading each other’s mind part. That took some time…

In the U.S., Domino and Bailey are not subject to factory farms for human consumption but that isn’t true for the entire globe. There are several countries who eat dogs, cats, rabbits and more and these are not underdeveloped countries. They have factory farms for them like many other countries have for the cows, pigs, chickens, etc. Just a different way of looking at things… In other instances, cows are deemed sacred and not for human consumption. Who makes up the rules here?

I have learned these animals live in fear every day of their life, suffer a great deal and are finally slaughtered. It’s extremely hard to watch footage of their arrangements and this isn’t the outlier situation. This is factory farming.

I share my story in hopes that it can make a connection in some way. We all process things differently and it took me 47 years to understand what was happening to these animals and I am now a voice for the voiceless. I have vowed to myself to take action. I am a member of the Physician’s Committee for Responsible Medicine who does so many great things for animals. One example is the successful elimination of countless research laboratories across the nation performing harmful testing using animals.

Late last year I became a member of the Giraffe Conservation Foundation as 90% of the species are now extinct and don’t even exist in seven African countries. I have spent countless hours in support of Switch4Good, Olympian Dotsie Bausch’s organization to promote switching from dairy to non-diary options and all things plant-based for so many reasons including all things mentioned above. Most recently there was a push to advocate to remove dairy off of the U.S. Dietary Guidelines as it’s so harmful to people’s health. Canada removed dairy from their plate last year so let’s hope the U.S. is as wise as our neighbors to the north.

I want to do more to help these animals. I am seeing some progress and this abuse is becoming more public knowledge. Whether an animal is a dog, cat, rabbit, cow, pig, chicken, etc. they don’t deserve to suffer. I literally welled up when I heard this heart-felt speech from Joaquin Phoenix after winning an Oscar this year. One of the key messages he shared was how he saw commonality in people and how we all can rally around injustice.

Really, no matter what it is and we are seeing so many examples of this today. Nobody wants injustice in any form. One quote he shared ties up this blog in a fitting way – “We fear the idea of personal change because we think we have to sacrifice something to give something up but human beings at our best are so inventive and creative and ingenious. I think when we use love and compassion as our guiding principles we can create, develop, and implement systems of change for all sentient beings and to the environment.” He is doing so many great things for animals and the injustice they face.

If we do use love and compassion as our guiding principles that’s a pretty good thing… I will continue to learn and share more in this space as I’m just scratching the surface.