Excited, anxious, happy, and curious were all words that described how I felt going into my first race Saturday since May. This race was the Tarpon Springs Triathlon hosted by the Rotary Club of Tarpon Springs with race organizer and Coach of Team Total Fitness, Celia Dubey, putting on one fantastic event. I raced the Duathlon Sprint made up of a 1.5 mile run, 10 mile bike, and a final 3.1 mile run. I learned a lot on this day…

Going back to May, I raced on an injured knee in my final race May 19 at the Dunedin Rotary Triathlon, A few days after the race I saw Dr. Gerard Bogin and off I went addressing the issue. From shutting training down completely, working through therapy and homework rehab, executing trial runs and rides, to finally building my training plan it has been a haul leading to Saturday.

It’s amazing how fast you can lose fitness after a pause in activity and how patient you need to be on the build back up. I had stopped cycling prior to the last race in May due to the issues that were developing and then didn’t bike for 44 days after the race working with Dr. Bogin. His diagnosis and approach to address worked. On my first test ride July 1, I had no pain. Now I didn’t put much pressure on the knee during those early rides again but it felt fantastic just to be on the bike again. I was on a limited progression plan for weeks and I progressed well.

I approached this race mostly with curiosity. This would be a good benchmark to tell me how far my fitness was off compared to April when I felt on top of my game. It would also give me an opportunity to get the rust off competing in a race and determining what race attributes I needed to address. I knew I would have a significant amount of learning coming out of the race and that thought was validated.

It was a fantastic start to Saturday morning. Pre-race I got to see so many of our Team Total Fitness athletes preparing for their event or volunteering. There were diamonds (on our uniforms) everywhere… After doing my pre-race routines and warming up with Dan Radde, it was time to race.  Also competing in the duathlon from our team was Don Whalen and Karoline Muehlfellner. The horn blew and off we went.

The first run consisted of a straight out and back loop from the beach parking to the road leading into Fred Howard Park. I had a plan for several segments of the 1.5 mile run. I was hitting them and while I was running I quickly remembered the feel of running in a race. The urgency, focus, and strain all came rushing back. The first run went to plan as I hit the paces I was targeting for where I am in my current fitness.

I then hopped on the bike and took off for the 10 mile route out of Fred Howard Park, then looped through the local neighborhoods before returning back to transition at the beach. This is where I realized my legs still had a long way to go before by final goal race of the year in November. My power was simply not there. I did what I could and pressed as hard as I could on this day. I returned back to transition and my legs were spent. I didn’t hit the pace on the bike I was targeting but still wanted to see if I could hit my early targets on the final run.

I took off out of transition and hit my target for the first half mile on the run. The first half mile after the bike is usually a numb feeling with legs feeling really tight and full from the bike ride. That felt normal but what didn’t feel normal was the lack of race endurance I had in them. I missed my first mile goal pace and then knew it was more about just fighting to the finish line at that point. I did that for the final two miles and finished.

I always find races humbling and this was no different. I also talk about training at your current fitness level and that is something I’m evaluating here. As I led up to the race I knew my paces were not where they were in April or where they need to be in November. This race provided a good benchmark of my current race fitness and what I need to target over the next two months with two more race tests prior to the November National Championships.

Even knowing my current fitness level, it’s still difficult to not feel disappointed in running and cycling slower than in April. That is the mental challenge one must address. I know I am on plan and will use this experience to fuel my motivation for my next race tests September 28 and October 19.

Use these experiences as fuel, not disappointment…

I crossed the finish line first and felt good with the mental effort put forth. Then it was team time. I spent the rest of the morning celebrating with team members on their wonderful experiences. We also had so many team members on the course volunteering…oh you could hear their screams of encouragement. What a great group!

A few takeaways from the race:

Congratulations to all the athletes participating in the race! Thank you Celia Dubey for running one classy event and for all the volunteers having everything covered including their cheerful voices! 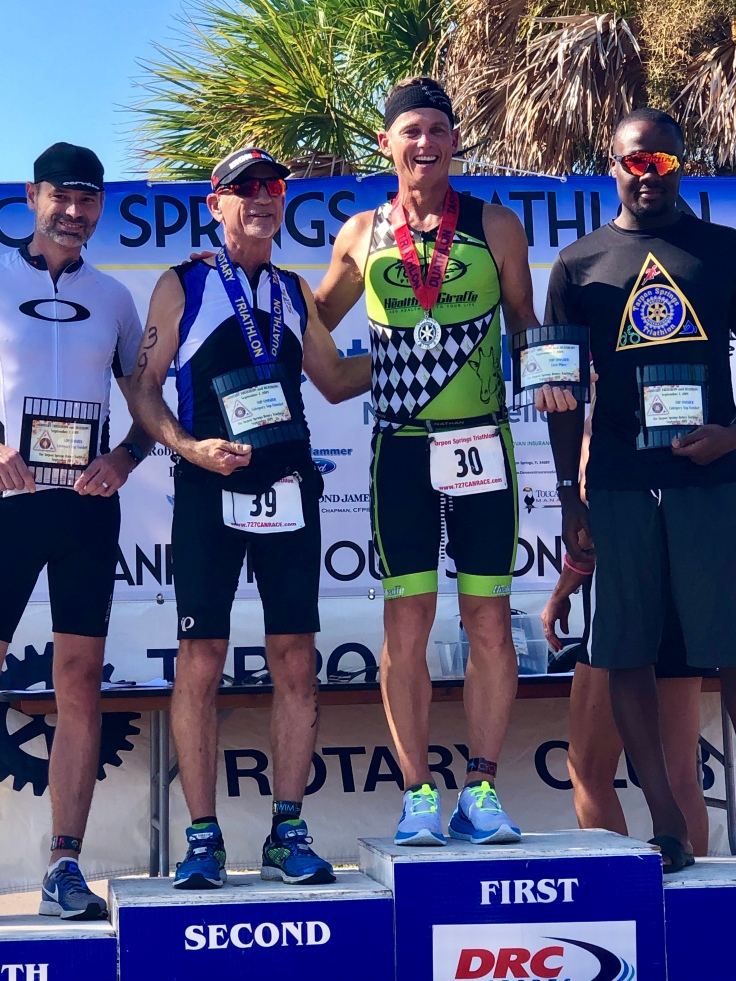 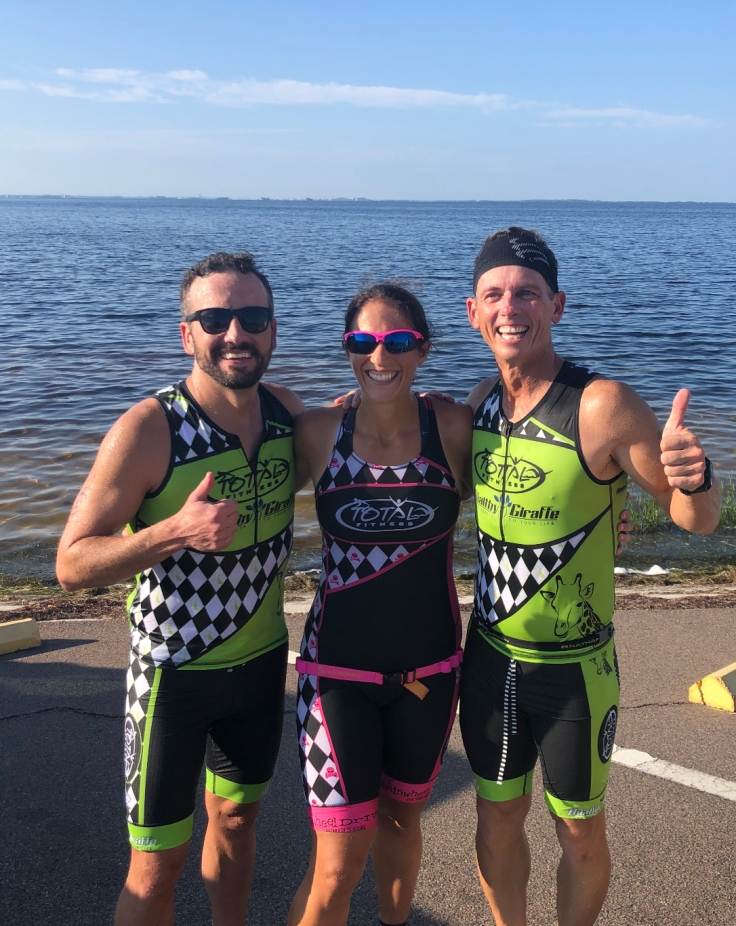 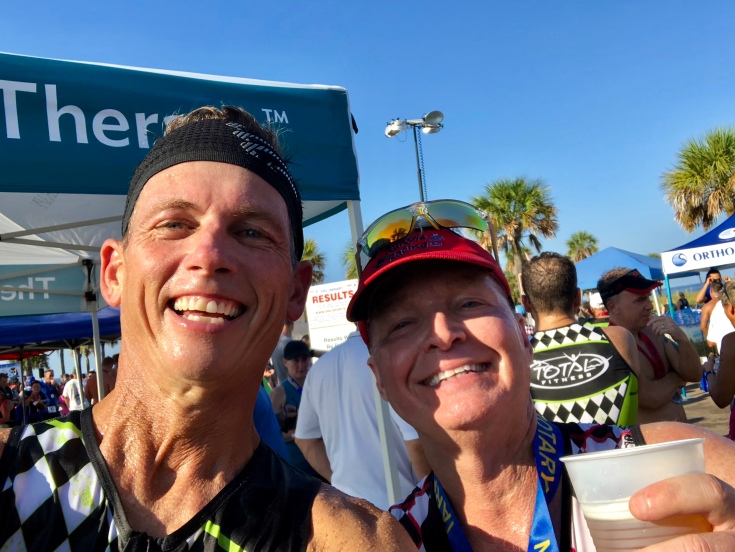 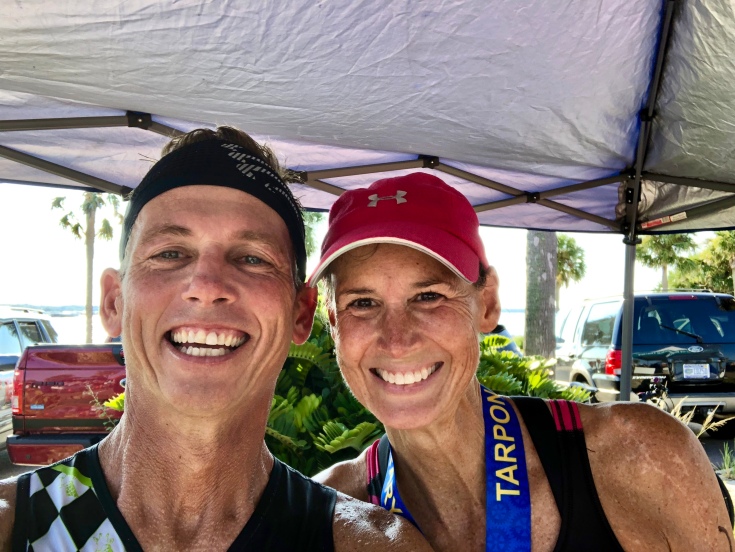 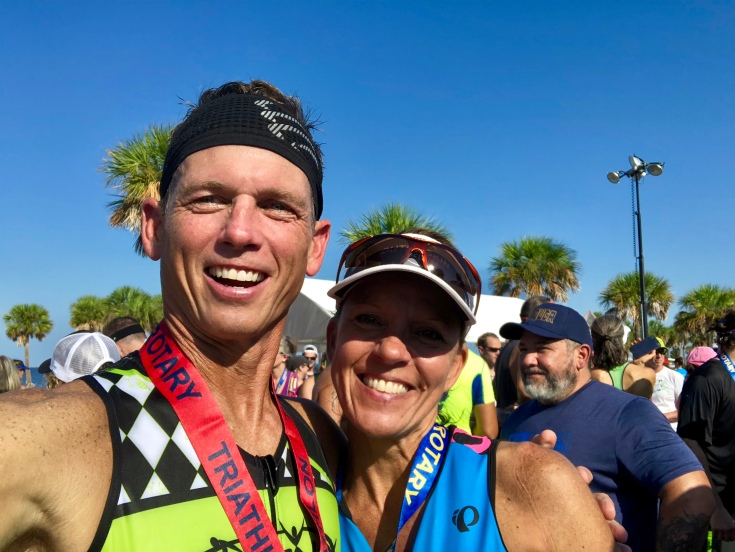 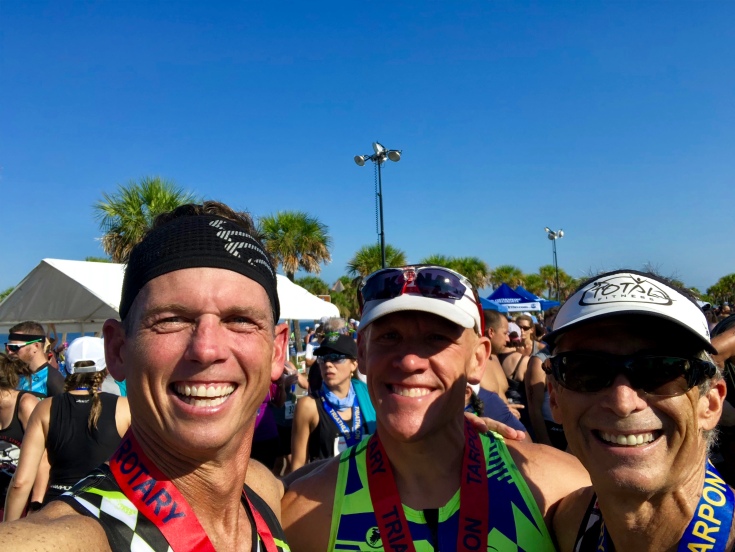 One thought on “Back on the Racing Horse Again”